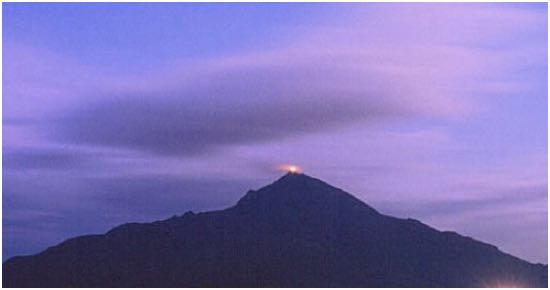 Devotee: “Bhagavan’s Grace is needed in order that meditation should become effortless.”

Among the vast traditional and authoritative knowledge of Yoga, reaching back to it’s inception by the Rishis of India, the tradition of the Nath Yogis stands paramount. The most prominent founder of this lineage is Yogiguru Gorakhnath. Both oral and written tradition of this most profound source of spiritual knowledge, leading to the Ultimate Reality and Ideal of human life, declares that Jesus spent time in the company of these Nath Yogis. An enlightened understanding of the mystical interpretation of the Gospels will reveal that these most ancient teachings of the Rishis of India and the words of Jesus and His disciples are interwoven.

Below is a section of Yogiguru Gorakhnath’s great teaching which directs toward the Yogic practice which transforms the mind, heart and soul of Truth-seekers throughout this world.

Yogiguru Gorakhnath as presented to us a highly instructive and inspiring spiritual interpretation of the natural process of breathing of every individual living being. It is generally known that every single breath consists of three factors, viz. breathing-in (puraka), breathing-out (recaka) and a little suspension of breath (kumbhaka) in between the two. In normal respiration the suspension is practically imperceptible, but still in the transition between in-breathing and out-breathing there is a momentary suspension. By the exercise of our will and effort, however, we can considerably lengthen the period of suspension, and we can also lengthen the the periods of in-breathing and out-breathing. In the normal course of healthy human life every single process of breathing (comprising the three factors) is completed in four seconds. Accordingly, throughout the day and night we normally breathe in and breathe out twenty one thousand and six hundred (21,600) times. The calculation may not be quite accurate in all cases, since the normal breathing may be disturbed by various circumstances. Under certain circumstances our respiration may be quicker and under others slower. Under diseased conditions of the body respiration may be variously affected. During waking hours and during sleeping hours, during the periods of physical exertions and during the periods of rest, at the times of mental excitement and at the times of peace and tranquility, respiration does not continue with the same uniform speed and force. Nevertheless it is assumed that normally we breathe 21,600 times during 24 hours.

Now, Goraknath teaches us that every time we breath out, air passes out from within with the sound of Ham, and every time we breathe in, air from outside passes into our bodies with the sound Sah. This we can easily perceive, if we pay close attention to our breath. This means that every creature, - and particularly every man, - is naturally and unconsciously repeating the Mantra ‘Ham-sah’  Ham-sah’ with every breath day and night during waking as well as sleeping periods. This is a Divine design. Goraknath enlightens us about the deeper spiritual significance of this design. The sound Ham implies Aham, i.e. I or the individual self, and the sound Sah implies ‘He’ or the Cosmic Self, - Brahma, Paramatma, Siva. Thus with every out-breathing the individual self (jeeva) frees itself from the bodily limitations and goes forth to the Cosmos and identifies itself with the Soul of the Cosmic Body (Siva); and with every in-breathing He, - the Soul of the Cosmos, Siva, - enters into the body and reveals Himself as Aham or the individual soul. If in every breath recaka is supposed to proceed puraka, the mantra is Hamsah; and if in the opposite way puraka is supposed to proceed recaka, it becomes Soham. Both mean the same, i.e. identity of jeeva with Siva.

Another yogic conception also may be noted in this connection. When calmness and tranquility reigns in the body and the mind, when there is no disorder or disequilibrium in any of the nerves or organs, the breath naturally becomes mild and gentle and slow, and quite rhythmical and almost soundless. It then appears to cease to produce the sound Ham while going out and the sound Sah while coming in. The mantra Hamsah or Soham is then resolved into a continuous waveless monotonous sound OM, which is called Pranava. This sound OM signifies the complete unification of Aham and Sah, of the individual self and the Universal Self, of jeeva and Siva. In Kumbhaka (suspension of the breath) no sound remains except this non-produced OM. This pure monosyllabic  sound OM is conceived as the eternal sacred Name of the Nameless One, the Absolute Spirit, Brahma or Siva. Patanjali in his Yogasutra says, ‘Tasya vacakah pranavah’, - Pranava, i.e. OM is the Name for Him (Iswara). Sri Krishna in the Gita describes OM as Ekakshara Brahma (i.e. Brahma revealed in one letter). According to Mandukya Upanishad, OM stands for All-Existence, the past and the present and the future and what is above and beyond time, - Om is Brahma, Atma, the whole universe and the Supreme Spirit transcending the universe. All the authoritative Scriptures identify OM with Brahma.

Goraknath and the Siddha-Yogi school further describe this Pranava as Anahata-Nada (Eternal Sound, not produced from any friction, not produced from any collision or upheaval, not broken into pieces or a number of distinct sounds, but one beginningless and endless natural monotonous integral Sound), which is the original self-expression of the Mahakasa and is immanent in the Panca-bhautika universe. All particular sounds are evolved from the OM and are again ultimately merged in it. It is the essence of all the Vedas and Vedantas, which only expound and interpret it in various forms of words and concepts. It is this OM, this Anahata-Nada, this Sabda-Brahma, this infinite eternal subtle Sound-Body of the Supreme Spirit, which naturally shines within the heart of every jeeva. This Maha-mantra OM underlies the Ajapa-Gayatri, Ham-sah So-ham. In the perfectly calm and tranquil and concentrated state of the physical and mental and vital energy, when there is perfect equilibrium of in-breathing and out-breathing, when Prana and Apana are united in the heart without tension, when Candra-Nadi and Surya-Nadi (Ida and Pingala) are in thorough unison with Brahma-Nadi (Sushumna), every person can internally hear this Pranava, this Anahata- Nada, this Brahma-in-Sound-form, within himself, and can realize this as the essence of his being. Mahayogis thus point out how the Ultimate Reality and the Ultimate Ideal of our life presents Himself every moment in the constitution of our body and is within our easy reach. We can realize him in ourselves through mere concentration of our attention.

from the Philosophy of Gorakhnath